Quotes from my son, Pete

My (now 16 year old) son Pete has a knack for coming up with very funny quotes. I present to you a list of my favorites, in order from Age 10 to Age 16. 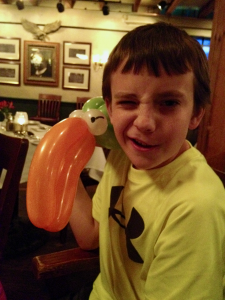 Kevin Jarnot is a technologist who lives just South of Boston, MA. He is currently employed as Chief Technology Officer at Micronotes, an AI-driven conversation-marketing company based in Boston, MA.
View all posts by Kevin →
This entry was posted in Amusements, Personal. Bookmark the permalink.

One Response to Quotes from my son, Pete