I just discovered this article, as well as an earlier article on Coding Horror, and can’t help but agree – the majority of programming/software engineering candidates out there looking for jobs are not qualified to be programmers. They do not have the skills and cannot write anything beyond simple programs. 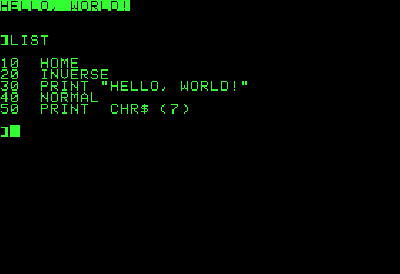 “…I am stunned, but not entirely surprised, to hear that three years later “the vast majority” of so-called programmers who apply for a programming job interview are unable to write the smallest of programs. To be clear, hard is a relative term — we’re not talking about complicated, Google-style graduate computer science interview problems. This is extremely simple stuff we’re asking candidates to do. And they can’t. It’s the equivalent of attempting to hire a truck driver and finding out that 90 percent of the job applicants can’t find the gas pedal or the gear shift.

I agree, it’s insane. But it happens every day, and is (apparently) an epidemic hiring problem in our industry. “

Joel Spolsky from Joel on Software had also written about this problem back in 2005, positing a hypothetical 200 resumes received for a job posting:

No. You’re not. Think about what happens to the other 199 that you didn’t hire.

They go look for another job.

That means, in this horribly simplified universe, that the entire world could consist of 1,000,000 programmers, of whom the worst 199 keep applying for every job and never getting them, but the best 999,801 always get jobs as soon as they apply for one. So every time a job is listed the 199 losers apply, as usual, and one guy from the pool of 999,801 applies, and he gets the job, of course, because he’s the best, and now, in this contrived example, every employer thinks they’re getting the top 0.5% when they’re actually getting the top 99.9801%.

Interesting insight, and I think very close to reality.

Recruiters are of little help, as they 1) are not technical enough to weed out the weenies, and 2) in some instances they lie and maneuver to get these weak candidates past your screening process.

The importance of the screening process cannot be overstated. There’s no reason why you should have to perform in-person interviews on anyone that can’t do the job.

Kevin Jarnot is a technologist who lives just South of Boston, MA. He is currently employed as Chief Technology Officer at Micronotes, an AI-driven conversation-marketing company based in Boston, MA.
View all posts by Kevin →
This entry was posted in Management, Tech and tagged linkedin. Bookmark the permalink.

7 Responses to The Non-Programming Programmer