Tomas Bohr and colleagues made plexiglass buckets, 13 and 20 centimetres across, with metal bottoms that could be rotated at high speed by a motor. They filled the bucket with water and spun the bottom to whip up the liquid into a whirlpool that rose up the sides of the container.

This set-up is very similar to the rotating bucket that Isaac Newton used in the seventeenth century to investigate centrifugal forces.

The researchers found that once the plate was spinning so fast that the water span out to the sides, creating a hole of air in the middle, the dry patch wasn’t circular as might be expected. Instead it evolved, as the bucket’s spin sped up, from an ellipse to a three-sided star, to a square, a pentagon, and, at the highest speeds investigated, a hexagon. 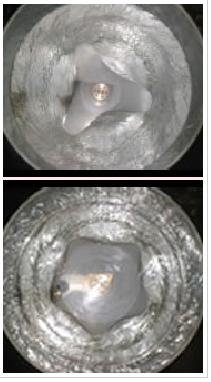 Kevin Jarnot is a technologist who lives just South of Boston, MA. He is currently employed as Chief Technology Officer at Micronotes, an AI-driven conversation-marketing company based in Boston, MA.
View all posts by Kevin →
This entry was posted in Uncategorized. Bookmark the permalink.