Boston Bomb Squad is at it Again…

Suspicious package in Boston turns out to be benign 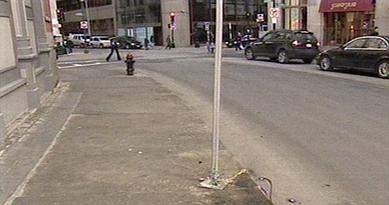 BOSTON — The bomb squad destroyed a suspicious package in downtown Boston.
Police found the small, green box on the ground in the Financial District Wednesday morning.
Investigators believe it was a pedestrian counter, but the bomb squad destroyed it as a precaution.
No one was hurt, and no businesses needed to be evacuated.

Another update: Security guru Bruce Schneier chimes in on the subject.

Kevin Jarnot is a technologist who lives just South of Boston, MA. He is currently employed as Chief Technology Officer at Micronotes, an AI-driven conversation-marketing company based in Boston, MA.
View all posts by Kevin →
This entry was posted in Amusements, Stupidity. Bookmark the permalink.